Leave a comment
By: Jordan Bunch, Dreams for the Restoration 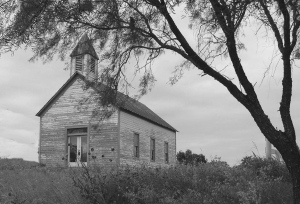 If you are a student of Sociology, or if you haven’t been living under a rock for the past decade, then you are very well aware of the fact that the world is changing.  Not just your typical generational change either.  This is the kind of change that marks a new era.

This change is what Sociologists call the “Postmodern Shift.”  Meaning, we were once in an age known as “Modernity” or “The Modern Age” and now we are in a whole new age altogether.  However, since we are just at the beginning of this new age, we don’t exactly know what it will be like.  Thus we simply call it “Post-modernity.”

The impact of this shift on the world, and thus the Church cannot be over emphasized.

If you are a part of any church, you have no doubt felt this shift in a significant way.  It may have looked something like the following:

Many of you are highly concerned.  You should be.  If the Church does not adapt to this Post-Modern shift, it will die.

However, there is Good News.  The Church will NOT die.  God always has a plan for his people and in this new age, He is re-awakening the restorers of Christ’s Bride.

They are young and they are old.

They do not care about the status-quo.

They do not care about the American Dream.

They could care less about your protocol or your policies.

They are passionately in love with Jesus.  They would follow Him to the depths of the earth.

They fight hard, but not with their fists, because they turn the other cheek.

They fight against individualism and lean deep into community.

They shake off the shackles of the traditions that are stale and meaningless,

Yet they grab hold of the ancient ones that give them life, because they are birthed out of the One who gives all life.

Have you seen them?

Can you hear them?

You won’t find them in a suit and tie

and neither will they stand by

While people are hated against for the color of the skin,

or for any other way that God made them.

There is a re-awakening of the dreamers, the non-violent fighters, the doers, the prayers, the story tellers, the world changers.

This is their story.

A Neo-Restorationist is all about the cause of unity in the Body of Christ.

About 200 years ago, God raised up a diverse group of men and women from various Christian faith traditions with a calling to tear down the walls that divided them in order to join God in fulfilling Jesus’ final prayer before he was arrested and executed, “that they may be brought to complete unity.  So that the world will know that you sent me and have loved them even as you have loved me.”  We called those men and women “Restorationists.”

The Neo-Restorationists are a diverse group of authors with a common passion.  We are missionaries, preachers, gardeners, students, writers, community activists, friends, wives, husbands, brothers and sisters…  We are on various journeys, but the love of Jesus unifies us.

The articles on this website are not all agreed upon by all of the authors.  It is not important that we agree on these topics.  However, it is important that we share in community and love with each other, because that is what Jesus wants from us.

This is how the world will know that Jesus is who He says He is.